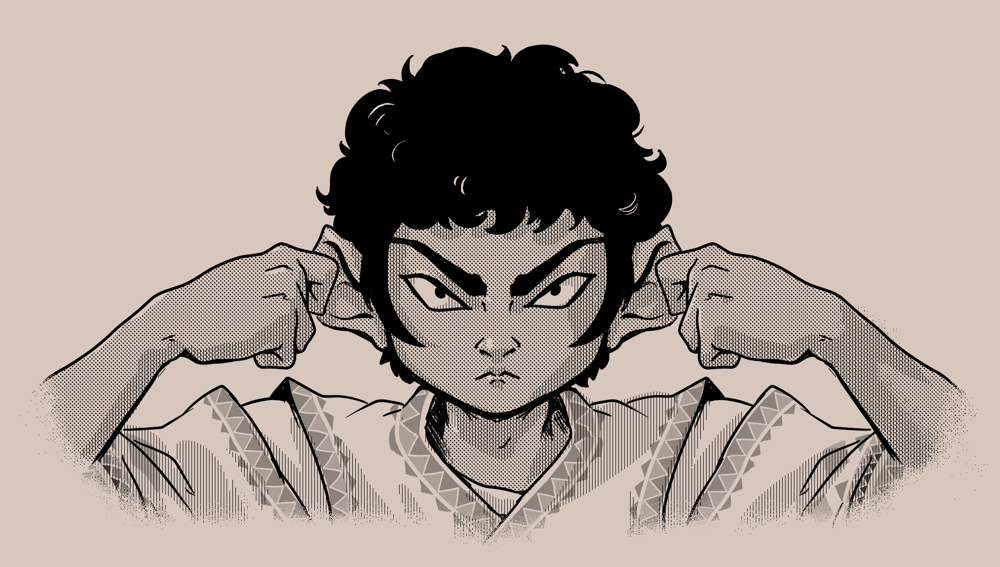 Extremoz's Temple of the Dragon Mother was a tall, narrow building, half-squeezed against, half-perched onto its neighbors. Carved columns lent its entrance a certain gravitas, although not enough to offset the secondhand furniture set out for sale in front of the shop next door— but Shilloh wasn't going to judge. The local architecture simply happened to lean towards an "everybody up each other's asses" kind of aesthetic.

He did judge the flight of stairs as he climbed them. Harshly, with an ugly glare. Pakita trotted up at his side, keeping pace, and he laid a hand on her flank even though he hadn't needed extra support in years.

He could excuse most locations, but a Temple, of all places, should not have stairs.

Ugly memories aside, the Temple was at once very similar and very different from the last one he'd seen. The ceiling was tall and arched, the atrium was cool and comfortable and even the candlelight seemed to shine a wider, clearer radius than it should; clerics sat or knelt by patients across the floor, healing in magical and non-magical ways, and petitioners stood in line while acolytes asked them questions in low voices. Sometimes this or that supplicant would be led to a different line, or a particular cleric, or through some door.

The floor was tracked with dusty prints from a hundred feet. He almost relaxed.

Shilloh joined a line at random and waited patiently for an acolyte to reach him. Language might turn out to be an issue, but he had a plan, and the plan was that he was going to point at his ears and make some emphatic slashing movements and surely at some point someone would get both the hint and the relic he came for, and he wouldn't have to spend too much time in there. It wasn't a super great plan, but it was the one he had.

Soon enough, he was doing just that to a solicitous-looking acolyte with clipboard in hand.

"Hmm?" the acolyte asked cluelessly as Shilloh pointed emphatically at his ears.

The acolyte tried to look inside his ear, and Shilloh almost slapped him in fright.

"No, for fuck's sake!" he screamed as he flailed. "Like this, this, you know, for paladins—"

He pinched at his earlobes, slow and careful like a sleepy lobster, and shuffled through a collection of grimaces as the novitiate stared with profound focus.

Eventually the acolyte nodded and made some note on his clipboard, before turning around and fetching a different guy.

And because Shilloh was lucky like that, it just so happened to be the worst guy in the entire goddamn temple.

"The Rings," said the pompous specimen before him, with a wagging finger and a smug smile, "of the Mother's Song."

Shilloh could be said to cordially detest clerics, and the one before him was a good example as to why. He was obviously a fresh arrival— and of visible breeding, the padding of a leisurely life yet to be fully excised by clerical austerity— and his robe was lined with the color of a scribe in training. He was very clearly infatuated by his own importance.

"Yes, the earrings," Shilloh repeated, just to see if the asshole would correct him a third time.

"The Rings—" the novitiate did, emphatically and without a hint of irony.

Shilloh was this close to throwing cordiality out of the window and detesting him rudely. Unfortunately, This Guy was apparently the only cleric in the temple who could speak Hallish.

The tongues of Galeport and of the Halls were not so far apart as to be completely unintelligible, in theory; in practice, both Extremoz and Alderhall were hodgy-podgy waypoints with accents to match. This guy spoke courtly Hallish, which pissed Shilloh off, and he was determined to waste Shilloh's time.

"Well, pass 'em over already," Shilloh only sort of snapped.

"I truly am sorry," the novitiate lamented, his smile growing a little strained. "The Prelate's health took a sudden turn, and she is under strict bed rest."

"She is sure to appreciate your—"

"—don't see why that's keeping my earrings, though," he continued.

"W-well," the novitiate fidgeted, hands flying to hide in his sleeves, "er, as you well know, only the Prelate may judge your worthiness to—"

"Buuuunk," Shilloh repeated, slowly, in case they just didn't teach that word in whatever court he was raised in. "As in false. I have no deeds to my name, what's anyone even going to judge? The real judging only comes when the pilgrimage ends."

"Also the first one is always a freebie," Shilloh continued. "Even if you're a known criminal, you are always afforded the benefit of the doubt when you take on the Path of the Paladin."

"Oh ho ho," the novitiate forced out a strained little laugh, "and whoever told you such a thing?"

The novitiate nodded with the bright, nonchalant humiliation of one whose perceived authority has shriveled far back into their guts.