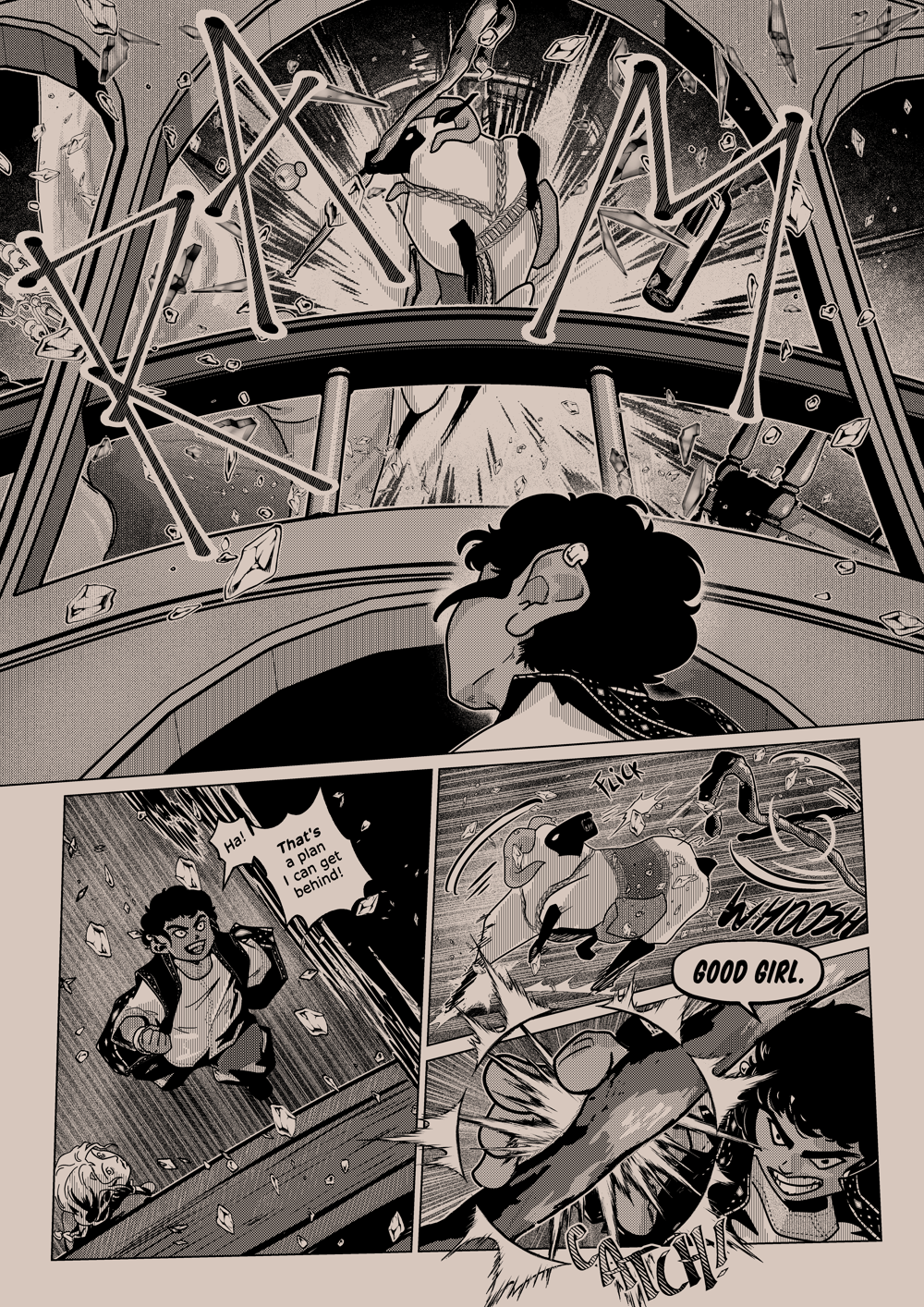 Hey there! It's the end of the year, and with the holidays at hand along with my birthday, I'll be pausing updates for a well-deserved mental rest.

But, I hear you ask, why pause in the middle of a chapter, when you could have paused before the chapter? The answer, my friends, is that I didn't think of it, or of anything at all, really. My brain has been clambering non-stop at record speeds for way too long, and stuff has been falling off it, I guess. Writing the short story was surprisingly draining, too. Even when I delay an update, I'm working on the comic or thinking about the comic, so I think I need a little time to not think about anything at all. Maybe I could play games? I bought Hades and only played it for like half an hour. I got the Vergil DLC and I'm all thumbs and The Alpha and the Omega deserves better than that. I've been meaning to do some woodblock printing, and to learn how to rig armatures on Blender...

Anyway: the entire chapter is sketched and paneled so I can at least vibe without worrying overmuch. I'll give myself another week after the holidays to rebuild the buffer, and then triumphantly return on January 11, 2021 with Shilloh and Pakita shenanigans. Look forward to it!